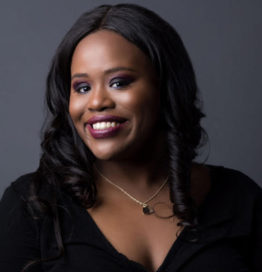 Yeshimabeit Milner is the founder and executive director of Data for Black Lives. She has worked behind the scenes since she was 17 as a movement builder, technologist, and data scientist on a number of campaigns. She started Data for Black Lives because, for too long, she straddled the worlds of data and organizing, and was determined to break down the silos to harness the power of data to create change in the lives of Black people. In two years, Data for Black Lives raised over $3 million, hosted two sold out conferences at the MIT Media Lab, and changed the conversation around big data and technology across the US and globally.

As the founder of Data for Black Lives, her work has received much acclaim. Yeshimabeit is an Echoing Green Black Male Achievement fellow, an Ashoka fellow and joins the founders of Black Lives Matter and Occupy Wall Street in the distinguished inaugural class of Roddenberry Foundation fellows. In 2020, Yeshimabeit was honored as a Forbes 30 under 30 social entrepreneur.