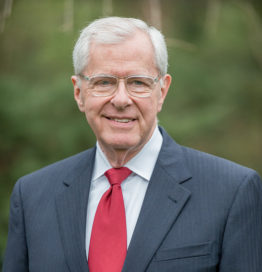 
Over four decades as a city planner and politician, Ron Littlefield FAICP (Fellow, American Institute of Certified Planners) focused on urban change, environmental improvement, and revitalization. Early in his public service, the City of Chattanooga was declared to be “the dirtiest city in America,” an aging and declining community of the machine age. Throughout a career encompassing a variety of issues and challenges, putting Chattanooga on the short list of progressive communities was a recurring theme. A high point came when Chattanooga installed a 600 square mile fiber optic grid and became one of the world’s first cities with gigabit digital services. As it became “The Most Transformed City in America,” Littlefield was called upon to tell the story in other struggling cities all over the world. Concluding his two terms as mayor, Littlefield succeeded in placing a new, green, economic heart in his industrial city.