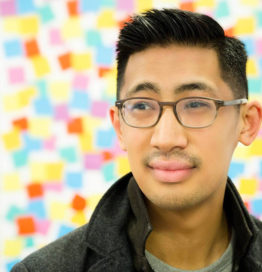 As Justice Funders’ Senior Innovation Director, Mario partners with philanthropy and field practitioners to design, pilot, and scale both innovation and collective action that advances social movements. Mario comes to the organization via Stanford University’s d.school, where he served as a 2016-2017 Civic Innovation fellow, and Guidestar, where he was an entrepreneur in residence. He is the founder of the technology platform, Giving Side.

In 2010, Mario co-founded New American Leaders, the country’s first and only organization dedicated to training first- and second-generation immigrants to run for elected office. He has held leadership positions at the Kapor Center for Social Impact, as well as the Funders’ Committee for Civic Participation, managing new and unprecedented philanthropic investments in both integrated voter engagement strategies and for a fair and accurate 2010 census count. He built significant community organizing experience as the national coordinator of Racial Justice 911 and at CAAAV Organizing Asian Communities in the Northwest Bronx.

Mario is a long-time philanthropic and nonprofit consultant, speaker, and trainer, whose recent clients include the Robert Wood Johnson Foundation, Veatch Program at Shelter Rock, and the Four Freedoms Fund. He has served as an advisor to the High Net Worth POC Donor Collaborative, Digital Impact, and New Media Mentors, and previously served on the boards of the American Prospect, Asian Pacific Environmental Network, and Resource Generation. He is a graduate of Columbia University.