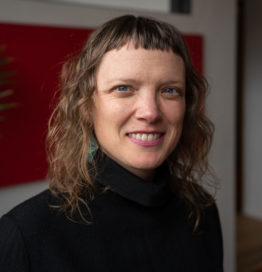 Beth Gutelius is research director at the Center for Urban Economic Development at the University of Illinois at Chicago. Her academic and consulting career has focused on urban economic development, labor markets, and the changing nature of employment. Beth has studied the logistics sector for over a decade and is a leading expert on employment in the warehousing industry. Her 2019 report, The Future of Warehouse Work: Technological Change in the U.S. Logistics Industry, co-authored with Dr. Nik Theodore, received widespread coverage in media outlets such as Vox, The Wall Street Journal, and The Nation, and Beth is a frequent commentator in major news publications, including The New York Times, NPR’s Marketplace, The Financial Times, The Associated Press, and numerous others. Her other projects include a major study of third-party outsourcing in logistics funded by the Alfred P. Sloan Foundation and research on digital tools for worker organizing with Sanjay Pinto supported by the Ford Foundation and the LIFT Fund.